Open up the cramped main living area and kitchen, and install French doors to take advantage of the view. Enlarge and remodel the master bathroom and closets, and add a new tub and shower.

The enclosed kitchen walls were removed, opening the room up into the dining area; new cabinets running from the kitchen to the dining area were installed and serve as a buffet. An island with a prep sink was installed to separate the kitchen from the dining room; posts on each side of the island were added to support the sloping ceiling above. Multiple pairs of French doors were installed in the living areas, including the dining room, to open up the spaces to the rear terrace and view. The master bathroom and closets were reconfigured and remodeled. A large shower with a seat that continued as the tub deck and a large vanity with a sink were installed, and a separate toilet room was constructed.

View Our Other Smaller Home Projects: 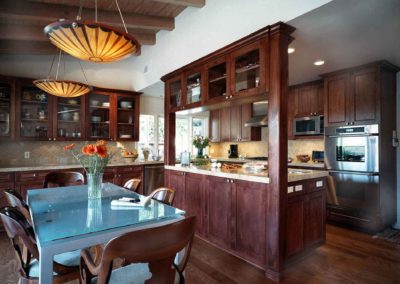 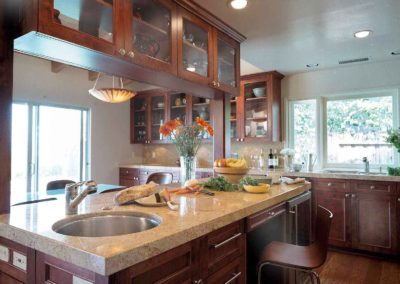 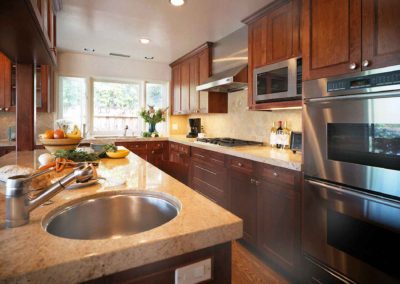