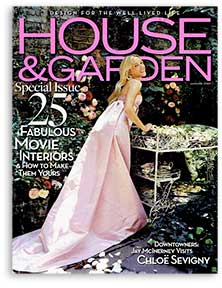 IN HER MAKEOVER OF THE MEDITERRANEAN-STYLE Brentwood villa of Friends Executive Producer Kevin Bright and his family,  interior designer Meg Joannides unifies eclectic furnishings and bold art with lush, vibrant color. [click to view this home]

Kevin and Claudia Bright have never played by Hollywood rules. For one thing, Kevin, the executive producer of the hit television series Friends, and his wife are still together 34 years after meeting in college-an impressive record in a town where marriages often have the life span of a canceled sitcom. For another, they don’t take themselves too seriously. “Here in L.A., it’s hard not to,” Claudia says.

The couple’s irreverent approach is most evident at home, where they live with their twin teenage sons, Justin and Zachary, English bulldog Louise, French bulldog Maurice, and cats Sara and Lola. When he isn’t in the bathtub, Kevin retreats to his private playroom, complete with an advanced stereo system and custom-made sheves for the rock-and-roll memorabilia he collects: Kiss action figures, Donny and Marie lunch boxes, and Beatles pomades from the 1960s.

For Claudia, a woman who winces at the word “brown,” having fun means giving in to her love of color. “When we first got married I was more traditional,” she says. “We had antiques, and I was afraid of color. But I had a friend who used color in a major way, and I’ve found this is how I like to live, too. It makes me happy.

That a color-loving, colorful couple like the Brights went out and bought a 10,000-square-foot beige house came as a surprise to their interior designer, Meg Joannides of MILK Studio. She had been helping the Brights design their Malibu beach house when the family suddenly announced they had purchased a house, originally built on spec, in Brentwood in an area developed by Paris Hilton’s uncle Barry Hilton. The Brights admit they were seduced by the soaring view overlooking Mandeville Canyon toward Santa Monica, but quickly realized they had acquired an almost comic fusion of neoclassical and So-Cal Mediterranean. “It was this big Palm Beach mansion thing, with crown molding on top of crown molding,” Kevin says. “It’s a shocking moment when the other people’s furniture is moved out and you realize that this house has nothing to do with me.”

Claudia asked Joannides to over see a complete transformation of the house. It was a daunting makeover. “To give the house personality,” Joannides says,”every surface needed to be addressed and nine out of ten bathrooms gutted and renovated”

Los Angeles architect Richard Blumenberg oversaw the renovation, which began with the removal of dozens of cast-stone columns from the exterior of the house. To add character to the interior, wood floors were bleached and distressed, travertine floors sandblasted, and all those crown moldings removed. The walls were coated with waxed plaster, as many as eight coats in the dining room alone, which was then etched by a decorative artist for a stenciled effect. “Now it’s a touchy-feely house,” Claudia says. “You want to touch everything.

Once the bones of the house were improved, the house began to come to life. Joannides collaborated with Claudia on a sophisticated palette, from the neo-Victorian dining room’s salmon and red to a purple guest room where the tailored striped hand-painted walls resemble shirting material.

This is a house made for amusement, from the view of the wine cellar from the breakfast room to the soundproofed music studio where the Brights’ sons practice bass and drums. A two-sided aquarium was encased in the curved back stairwell, visible from both the center hall and the home gym.

Once the formal rose garden was replaced by a basketball court, W. Garett Carlson, an LA. landscape architect, was called in. He turned a flat plain of lawn into a graded landscape with undulating hills, olive trees, and a koi pond. Surveying the result, Claudia wondered why there wasn’t any color. “I did a big gulp,” Carlson says, “then added masses of bougainvillea and purple society garlic.” 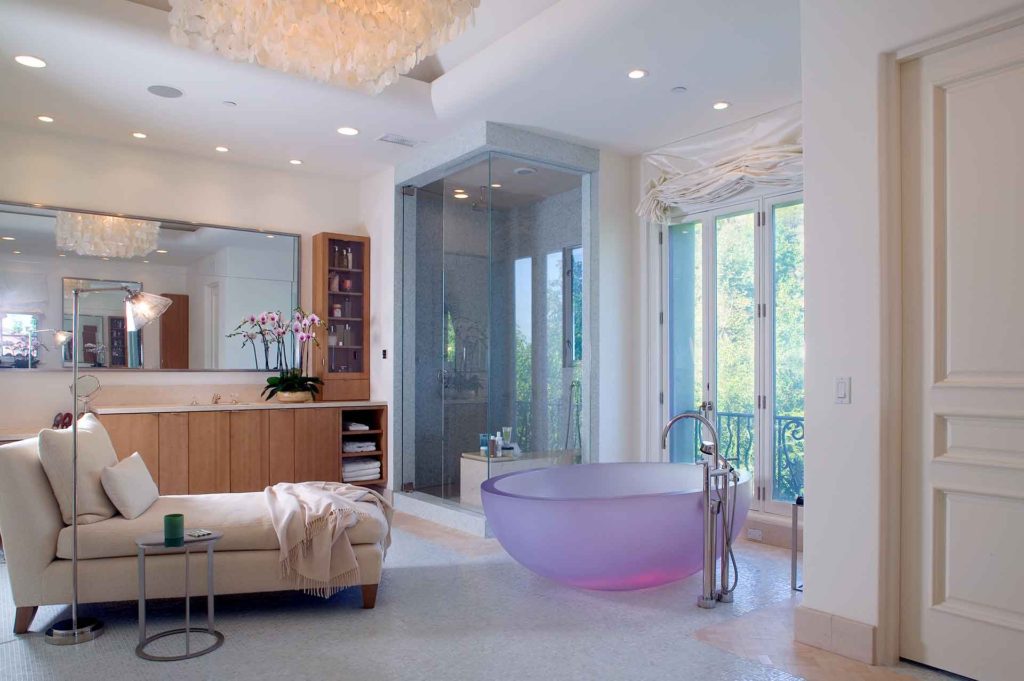 The biggest luxury—and hurdle—was the bathtub. Kevin, who takes long soaks almost every day, had requested a freestanding oval tub big enough to fit two people. Joannides discovered that most existing tubs of that description don’t conform to California’s strict building codes, so she designed a four-foot-wide translucent tub herself and had it cast out of resin. The master bathroom’s floor had to be reinforced to accept its weight. The process took nine months. “If I ever have a baby,” she said when the work was finally done, “I’m going to see which was harder, that or making this bathtub.”

Not soon after, she discovered she was pregnant with twins.

Or fill out the form on our Contact Us page. 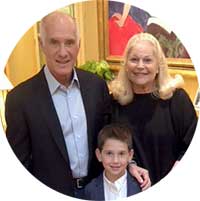 “Richard Blumenberg is such a talented architect; I hardly know where to begin. Richard completely designed and rebuilt our home. We never interviewed any other architects.