An addition and remodel of a two-story Mediterranean-style home built in 1922 and located in the Hillside area of Beverly Hills.

Architect Richard Blumenberg had previously completed two successful remodels for this client, so when their daughter bought a new home, they immediately hired him to do the remodel.

The 3,341-square foot home included a basement and sat on a very small lot. As most of the surrounding properties were at least triple the size of theirs, by right, the house could potentially encompass an area of 4,500 square feet.

The home’s exterior included an outdoor living area that featured a pool, outdoor kitchen, and covered terrace. An existing 6-foot non-conforming front could not be altered as it served as the enclosure for the only usable outdoor area at the home’s front side. In addition, the home’s non-conforming setbacks had to be preserved.

The overall style of the home needed an overhaul. The home’s front was particularly unattractive as it was marked by an excess of odd-looking features affixed to the exterior.

A previous addition and swimming pool took up most of the outdoor living space and had to be reduced to make way for a new deck and more yard space. It was initially thought this area was on grade but discovered later that it was supported above the lower grade by a wood-framed structure that had deteriorated and become unsafe.

The home’s interior needed a full remodel and an additional master suite.
The floorplan was disjointed and needed reconfiguring, and more odd-looking features in the interior needed to be replaced.

The foyer and staircase needed updating to reflect a more contemporary style, and the step-down entry reconfigured as it was awkward and required one to step down and then step up when going into the adjacent den.

Finally, the carport needed to be enclosed, and another entry to the house created.

A 250-square foot wing of the house was removed to increase the front outdoor living space, allowing for a larger deck, an increase in grass space, and a covered terrace area with an outdoor kitchen and eating area.

Many options to reduce the existing pool’s size were explored, but ultimately it was decided it was best to bring in a landscape architect to redesign a new pool. In addition to the pool, the raised deck area had to be re-engineered and reinforced. Unfortunately, when the landscape architect’s plans went out for bids, the construction cost came back considerably over budget.

Suspecting the design may have been over-engineered, Mr. Blumenberg questioned the landscape architect about the structural design and was subsequently told it was necessary per the structural and soils engineers’ direction. Not taking the landscape architect’s explanation as gospel, Mr. Blumenberg spoke to both engineers himself and determined the structural design could be simplified. Consequently, the plans were revised and rebid, resulting in a $100,000 savings for the client.

The exterior of the home was reconfigured and remodeled. The existing mansards and other exterior elements were removed, and the textured plaster smoothed out. Doors and windows were added and replaced, and cast stone molding was added; a cantilevered roof over the entry doors was created to provide cover from the rain.

The carport was converted into a garage, and an entrance hallway into the house with stairs to accommodate the elevation change was created. Custom cabinetry was designed and installed in the hallway, transforming the space into a mudroom, and an entrance was created to the new laundry room, which continued into the kitchen. The laundry room was redesigned and expanded to accommodate more cabinet and counter space, a washer and dryer, laundry sink, and fold-down ironing board.

New French doors were installed, opening the living and dining rooms to the outside, which included a covered outdoor eating area. A new fireplace faced with marble from floor to ceiling was installed between the French doors. The guestroom/den was redesigned, and a new bathroom and walk-in closet added.

The foyer, which led into the guestroom/den, was raised to eliminate the awkward double step-down, and the walls that divided the foyer and staircase were removed to open up the entrance; the staircase was updated with a new railing made of iron and glass along with new wood flooring and stair treads. A new powder room and guest coat closet were also added. 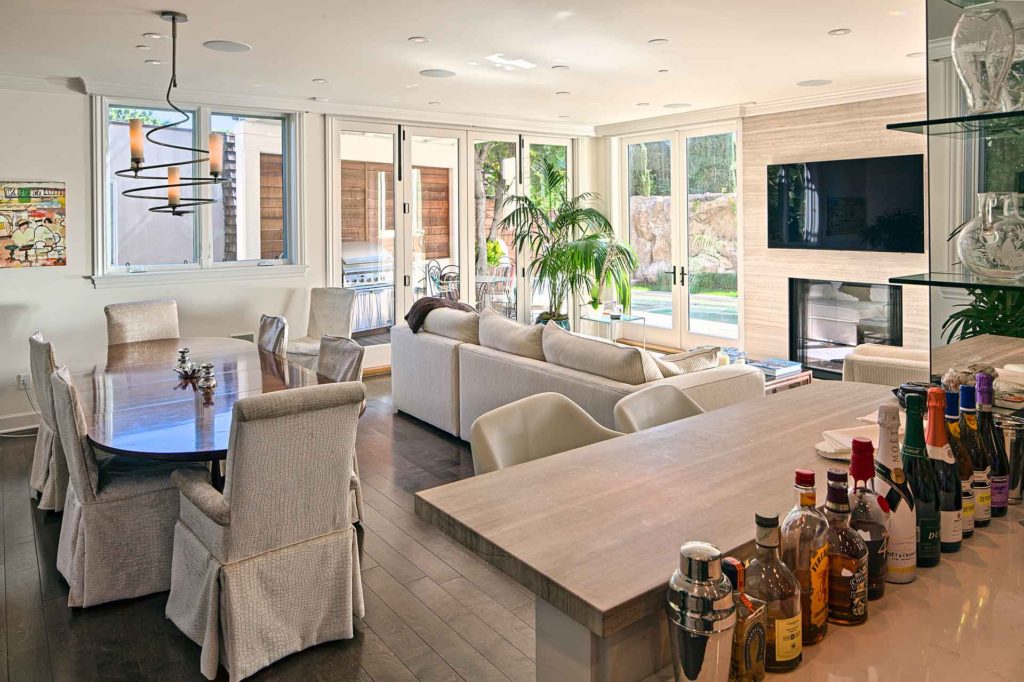 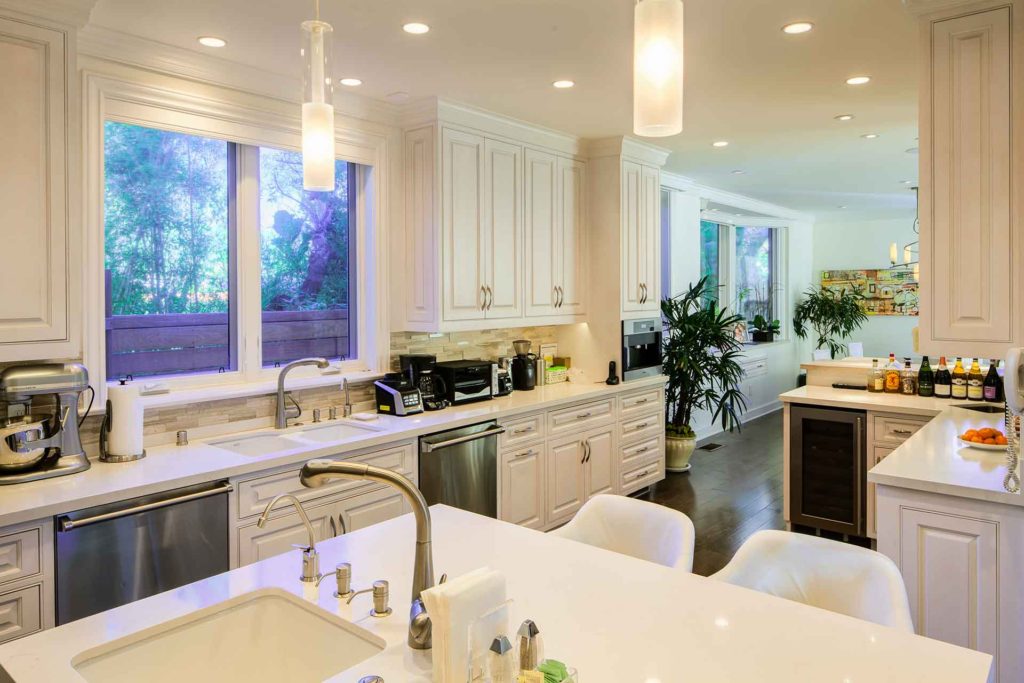 The kitchen remodel featured a state-of-the-art range, two additional ovens, warming drawers, and a 48-inch refrigerator and freezer. The kitchen update also included the main sink, an island with a prep sink and seating, two dishwashers, a walk-in pantry, a built-in coffee maker, and a bar/butler’s pantry next to the dining area. 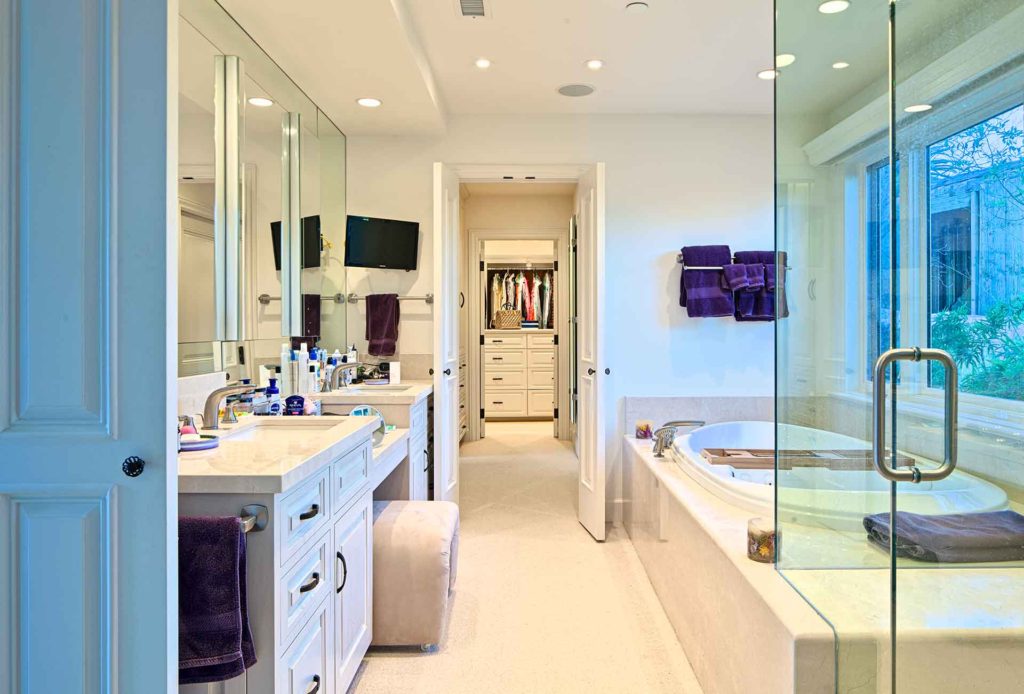 A 402-square foot second-floor addition, set over the first floor and new garage, enabled the creation of the second master suite, which included a dressing area, bathroom with his and her vanities, a tub, shower, and a separate toilet room. Working with the building department, Mr. Blumenberg was able to secure an addition that matched the existing non-conforming setback.

The master bedroom ceiling was raised by removing two dropdown beams, and two pairs of French doors were installed, opening the room to the new foot balconies and an exterior deck, which utilized the roof of the covered terrace. A new fireplace was added between the French doors as well. The other master suite was remodeled to include a master bath with a tub and shower, double sinks, a makeup area and dressing area, his closet, her closet (including a dresser island), and a separate toilet room. The third bedroom was reconfigured as the baby’s room, with a walk-in closet and bathroom also added.

The basement was remodeled and transformed into a media room that included a bathroom, wet bar, and a gym. Furthermore, the ceiling height was raised by removing the existing dropped ceiling.

As with all of Mr. Blumenberg’s projects, the scope of architectural services included the design of all cabinetry and built-ins, interior and exterior detailing, electrical plans, and regular site visits during construction to ensure the project went according to plan. By working closely with the client and their contractor and team of consultants, Mr. Blumenberg gave the homeowner a beautiful and timeless Mediterranean-style home that honored its past while still embracing the modern conveniences and contemporary tastes of today.

View Our Other Case Studies: 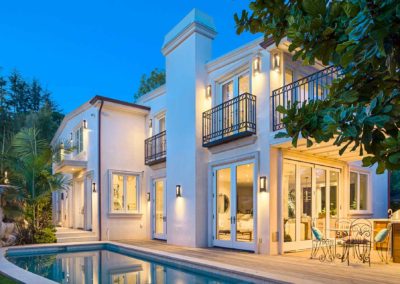 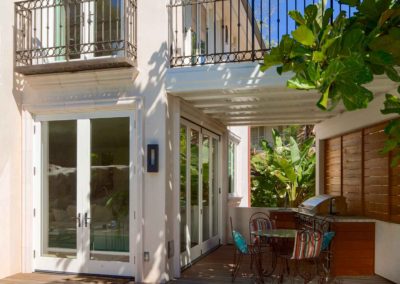 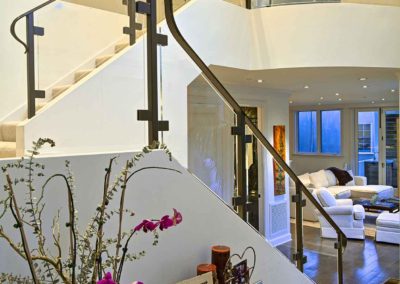 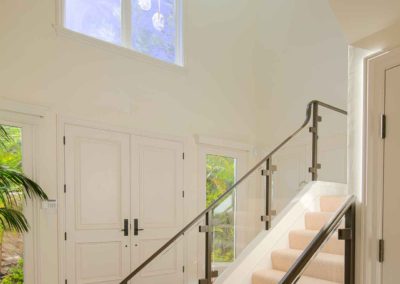 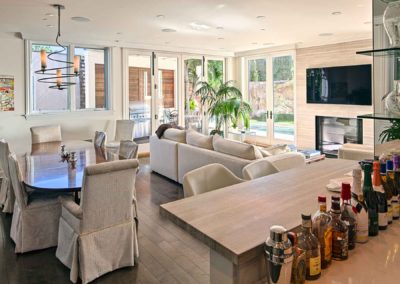 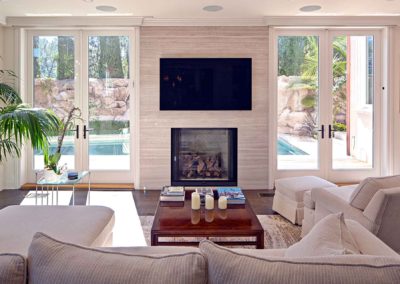 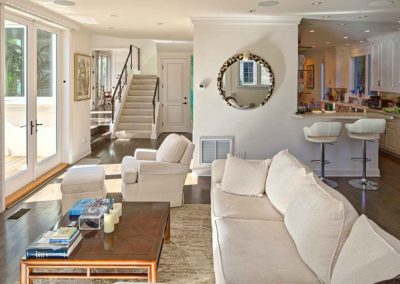 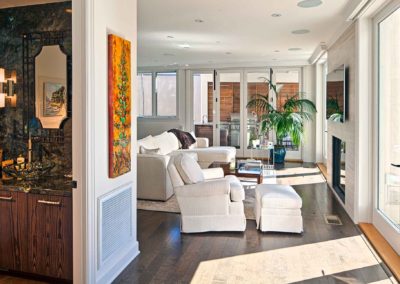 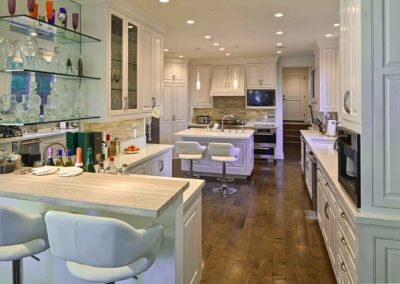 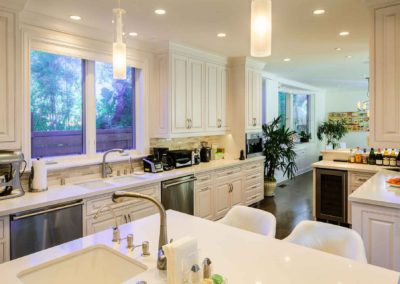 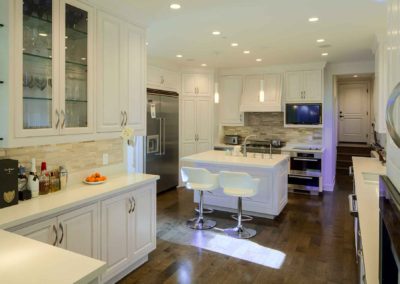 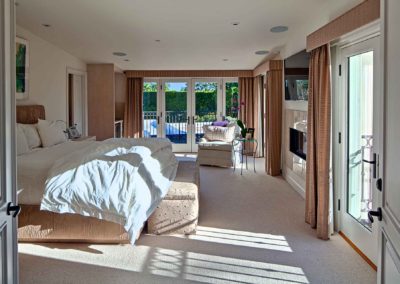 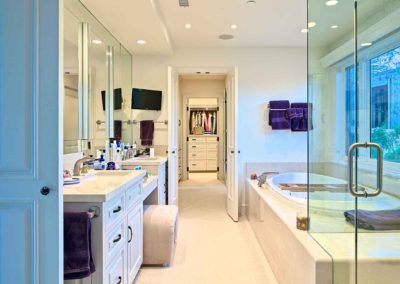 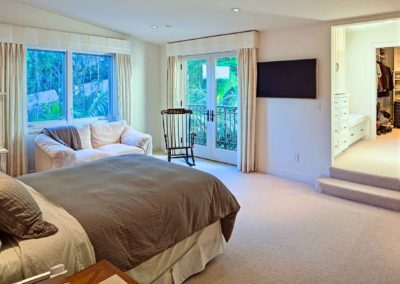 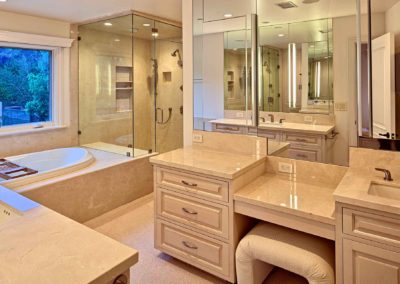 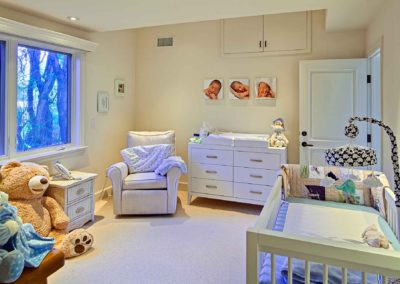 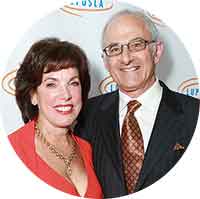 Richard Blumenberg has always treated our projects as priorities, and is always so pleasant and accommodating. He’s overcome many challenging technical, functional, aesthetic, and city-related obstacles, and always invents creative ways to achieve even our most complex objectives.