The client regarded the home as the ugly duckling of the neighborhood and sought to transform the style of the house’s front to make it more attractive. Oppressively low ceilings and dark living areas and entryway needed opening up and updating, while the master bathroom and closets needed remodeling.

The home’s covered main entrance was redesigned and opened up toward the front of the property. The 1950s-era rubble wall and exterior plaster were removed and replaced with siding and stacked stone. The foyer’s ceiling was raised, and a skylight was installed; wood boards that continued into the skylight well were also added. The living and dining area ceilings were raised, and multiple skylights were added to open up the rooms and bring more natural light into the home.

The master bathroom and closets were redesigned and updated. A glass-enclosed shower was installed adjacent to the tub, which was positioned to face a window; the toilet room was relocated to the opposite side, and a window was added. The new master bath and closet area also includes a pop-out bay for a window seat, two sinks, a make-up/sitting area, and ample cabinet space, including a linen closet.

View Our Other Smaller Home Projects: 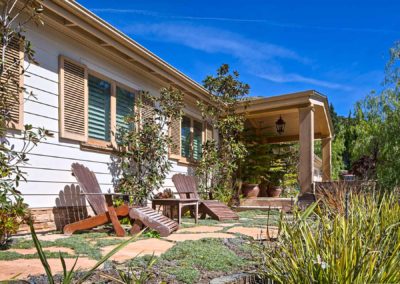 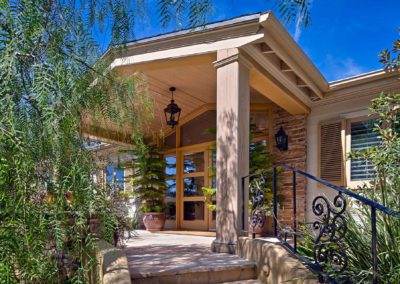 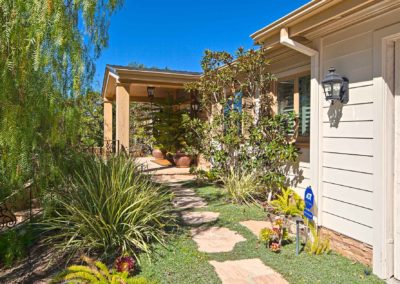 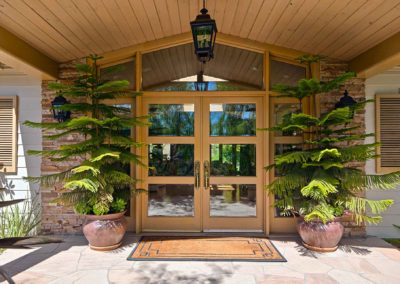 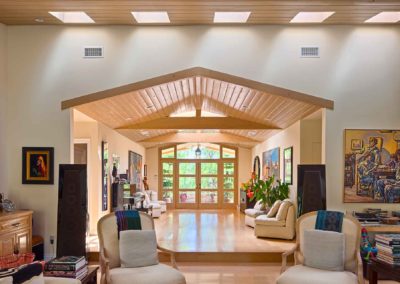 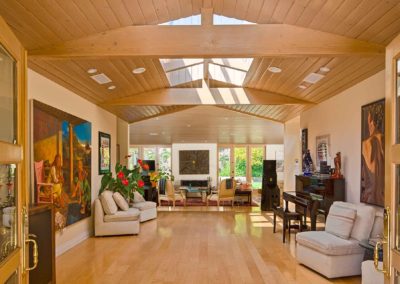 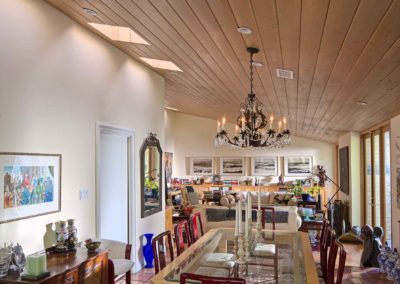 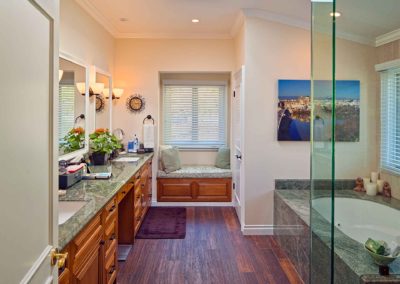 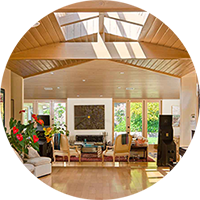 “We have worked with Richard Blumenberg twice, with such stellar results! The first time was to modify the look of the front of our house. This project, which evolved to completely remodel much of our living space, progressed with enthusiasm, creativity and collaboration. We are so happy with the house we have now.” — Leslie Schenkel